The Winter Olympics is Here! 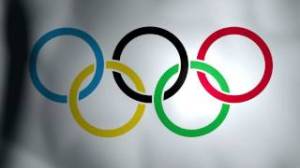 In the last week I have watched winter sports with a passion and I will do the same next week. I never miss the opening ceremonies or the closing party, and in between cheering for the winners, I weep at stories of the life-hurdles they’ve had to overcome just to compete. It’s thrilling when the US wins ANY medal, or fourth or fifth place. It’s the Winter Olympics—that Once-Every-Four-Years celebration of madness where athletes try to beat the mountain, the ice, or the Russians. I love it!

But do I know anything about most of these sports? No. In fact, except for Alpine skiing, ice skating or ice hockey, they are a mystery … and on top of that, so many of these people defy the logic of self-preservation. Sixty miles-per-hour down a narrow half-tunnel of ice (shiver) on a short board with sharp blades on the bottom (shudder) … face first? You’ve got to be joking! No wonder they call it the Skeleton!

The same thing happens when the Summer Olympics comes along. I watch every event, mesmerized by the strength and swiftness of sports I’ve never watched in my life, and celebrate the efforts!

But for some reason, winter athletes prefer to defy gravity, sharp blades, steep mountains, and hours in sub-freezing temps as they race, jump, twirl, and spin.

So what makes them do it?

Money? We know that prominent pro sports on TV make it possible for athletes to earn their living (and then some) performing in the sport they love. But I doubt there’s much monetary reward in Skeleton, Luge, and bobsled, at least of the live-large, live bold, wear-bling kind of payback!

So if money isn’t a good enough reason to risk life or limb, what is?

Glory? Probably not, since there are only 3 medals (plus ties) per event—gold, silver, bronze are great, but not every athlete will reach that podium.

Patriotism? Yes, hearing the National Anthem played as our Stars and Stripes rise above all other flags can still get the tears flowing. But for those of us who remember those golden Red-White-and-Blue Days of yore, when we held our own and even bested the USSR’s sports machine, beating the Russians today doesn’t quite have the same zingy, tingly feeling. I’ve even found myself rooting for the former Soviet-block countries that now compete under their own flags … as long as they aren’t competing against the good ole USofA!

No, none of these gives reason enough to explain this phenomenon every four years … at least not for every athlete. But there is one more reason.

I think that for most athletes in all of these sports—the popular ones as well as the most obscure—a feeling of accomplishment must be the over-arching reason for defying death and frost bite. And isn’t this why we strive for our best whatever we do, even if we often come up short? After all, there’s always next time, right?

Trying hard to beat one’s own best efforts is always good for a rise in endorphins, no matter the sport or occupation. And whether you hit a new high mark or just get a good feeling that you’ve done your best, you deserve to hum a few bars of “Oh, Say Can You See”, too!

Author Note: None of this applies to snowboarders and freestyle skiers, however. They just want to have fun! 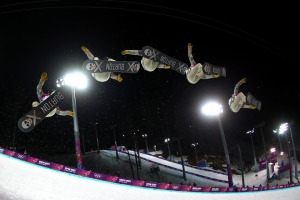 § 2 Responses to The Winter Olympics is Here!

You are currently reading The Winter Olympics is Here! at my other zone.